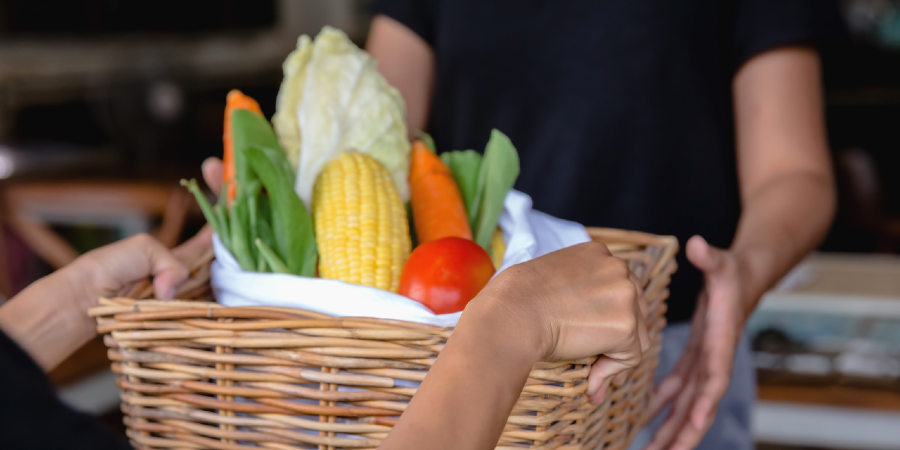 Shortly after announcing the winners of its annual resident donation program, Greenrock is donating $10,000 each to Daily Bread Food Bank and SPRINT Senior Care.

Among many Canadian cities, Toronto is one of the communities hit hardest by the pandemic. With the number of cases rising daily, Greenrock is committed to giving back to charitable organizations that directly support residents, neighbors, and community members in this great time of need.

The Daily Bread Food Bank is one of Canada’s largest food banks and supplies food to nearly 200 food programs across Toronto with a fleet of five trucks. Greenrock donated $150,000 to Daily Bread Food Bank earlier this year as part of its COVID-19 Relief Fund, which has now exceeded $2 Million. With food insecurity on the rise due to job loss and financial constraints during the pandemic, the volunteers at Daily Bread Food Bank are working tirelessly to ensure no one goes hungry this holiday season.

SPRINT Senior Care is a not-for-profit community support service agency in Toronto that Greenrock has supported throughout the years, offering a wide range of practical and low-cost services to seniors and their caregivers.

Since the early onset of the pandemic, SPRINT Senior Care established a COVID-19 Community Response Team with a variety of initiatives to address the impacts of the pandemic, such as a grocery delivery program, meals on wheels, and wellness checks. The organization was a runner up in the 2020 Greenrock IMPACT Resident Donation program, which donated $100,000 to five local charities voted by residents in December.

Greenrock is optimistic that 2021 will be a brighter year for Canada, especially with the arrival of the new COVID-19 vaccine. 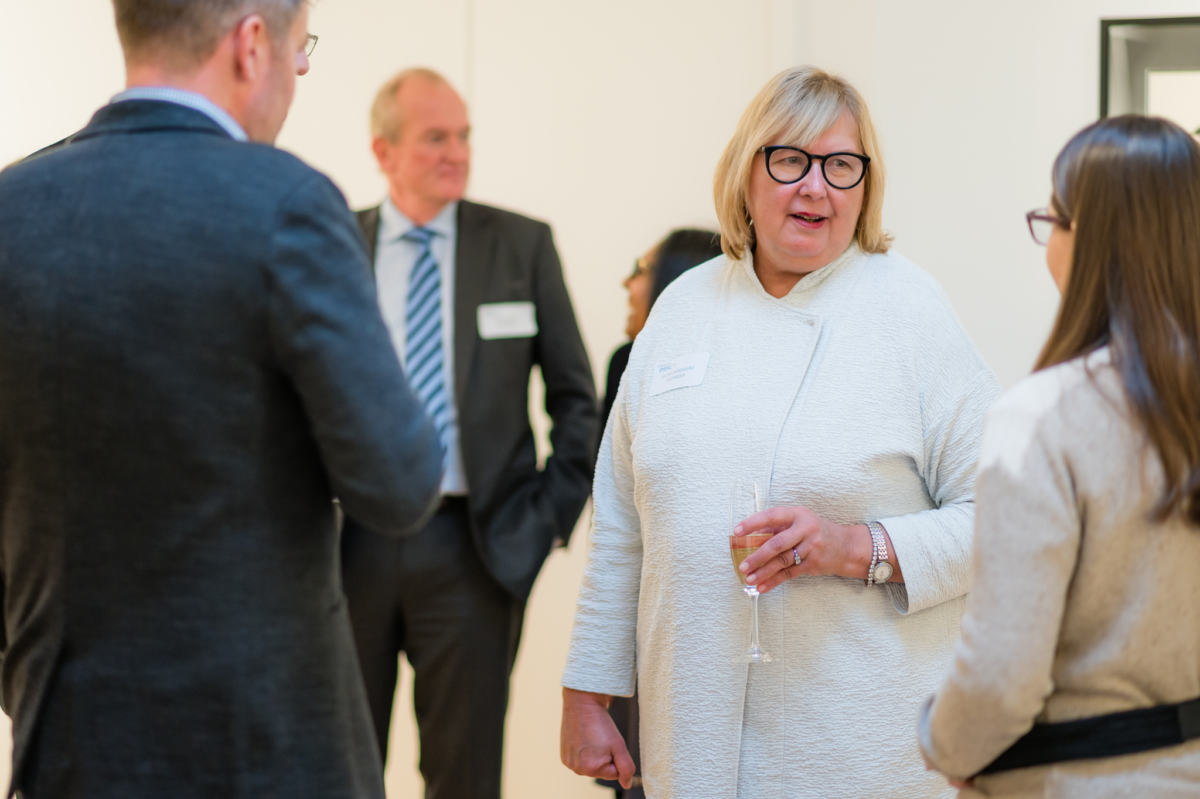 Gloria Mogavero will be stepping down as CEO in the New Year after 11 years of leadership, feeling proud her vision for the company has been achieved.  The role will be taken over by Greenrock Chairman Barry Green in January.

Gloria will be staying on with Greenrock on a part-time basis as the company’s new Officer of Administration.

Gloria was hired as Greenrock’s CEO in 2009, shortly after the company sold its interests in Greenwin in 2006 and transitioned to a self-management model.

Prior to joining Greenrock, Gloria held the position of Alliance Director for CB Richard Ellis as Operations Manager for a six million square foot commercial portfolio for the Bank of Nova Scotia, which included Scotia Plaza. Previously, Gloria was the Executive Vice-President of Greenwin Property Management Inc., at which time she helped manage over 40,000 units across Canada.

Gloria was instrumental in implementing a new company culture at Greenrock that makes giving back a priority. In 2017, she spearheaded the “RockStar Experience,” which represents the company’s cultural transformation dedicated to providing an exceptional experience to clients, strategic partners, residents, tenants, staff, and community members.

“Barry and the Green family’s vision to grow a company that cares about the communities they manage in is the reason I joined Greenrock,” says Gloria. “I am thankful for their support in working towards this mission for the past decade.”

Gloria has taken on countless complex files, such as the repositioning of Postmedia Place, which has significantly increased the value of this Greenrock core asset.

Barry, whose father Al Green developed the family business and built thousands of residential units across the GTA, wishes Gloria all the best in her new role.

“On behalf of Greenrock, I wish to express our gratitude for Gloria’s friendship and service over the last 11 years. For some time, Gloria and I have been discussing Gloria’s desire to transition to a place that would allow her more personal time for family and travel,” explains Barry. “I am confident that COVID will soon abate and Gloria will begin in earnest this next stage of her journey.”

Barry vows to carry on Gloria’s shared vision of building a company that demonstrates excellence in service to clients, residents, tenants, the community, and each other. 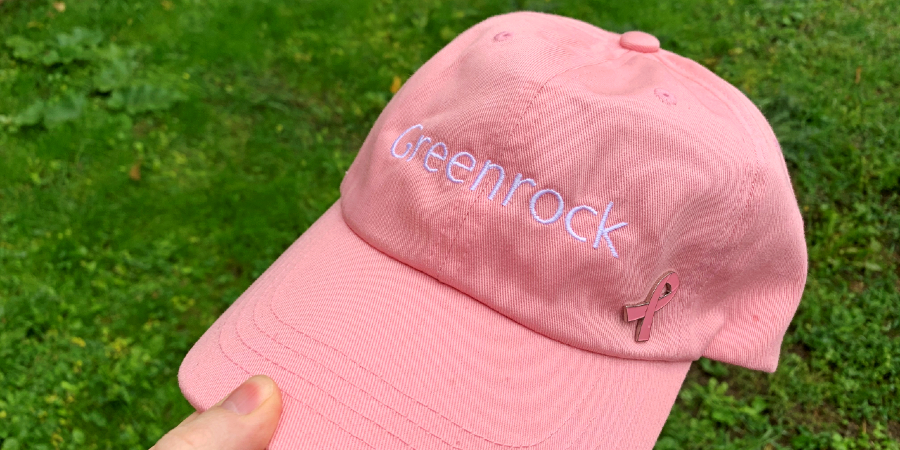 Donations of $5,000 each were made to Look Good Feel Better and After Breast Cancer, which are both based in Toronto and focus on boosting the self-esteem of women fighting or recovering from breast cancer.

Look Good Feel Better offers complimentary workshops in hospitals and cancer centres across Canada to help women with cancer regain self-confidence and feel like themselves again. After Breast Cancer helps women with no insurance and limited financial resources become reacquainted with their new bodies by providing a mastectomy bra, camisole, and breast prosthesis at no cost to them after breast surgery.

Greenrock is a strong supporter of women’s health and appreciates the valuable work of organizations like After Breast Cancer and Look Good Feel Better in supporting women with breast cancer.

“It is so important for us support and empower women in our local communities. We hope to see these charities thrive for years to come,” says Greenrock’s CEO Gloria Mogavero.

Staff across the company, fondly referred to as “RockStars,” also sported pink hats and ribbon pins throughout the month to raise awareness for the cause (see gallery below).