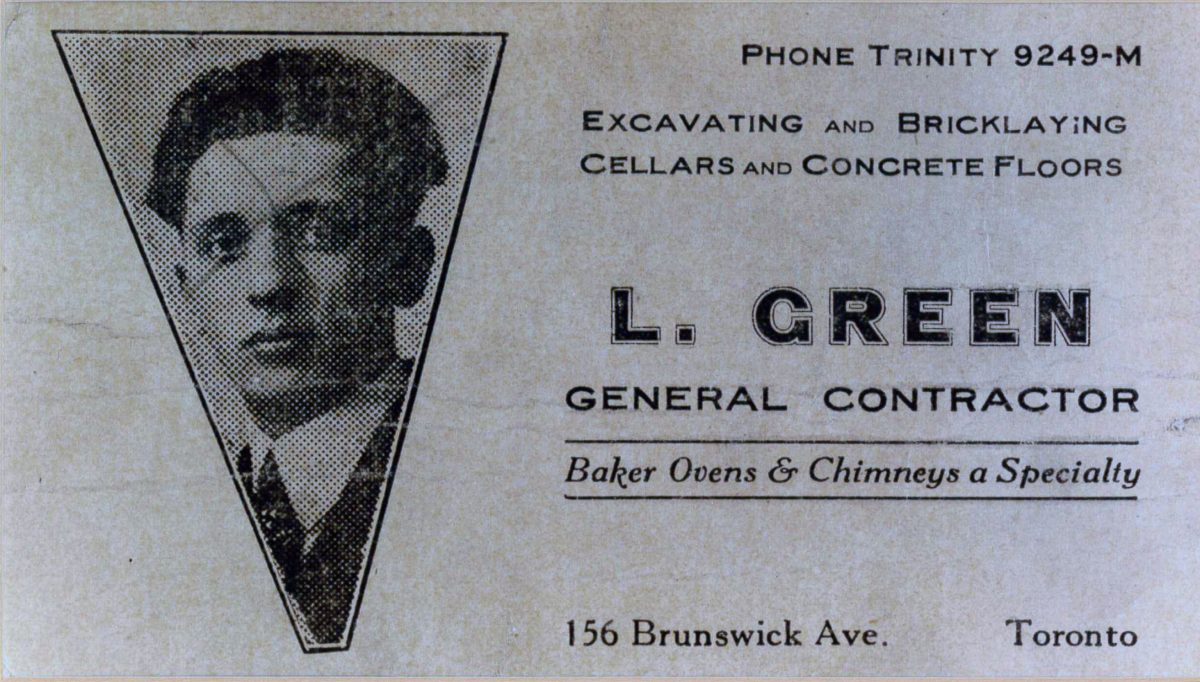 European immigrant Louis Green arrived in Toronto and began working as a general contractor specializing in baker ovens and chimneys. His sons Al, Harold and Sam would later join him as the company grew.

In Toronto, by-laws are passed that ban the conversion of single-family houses into apartment buildings. Zoning laws severely restrict the location of where new apartments could be built.